Former diving centre could be used to trial underwater living 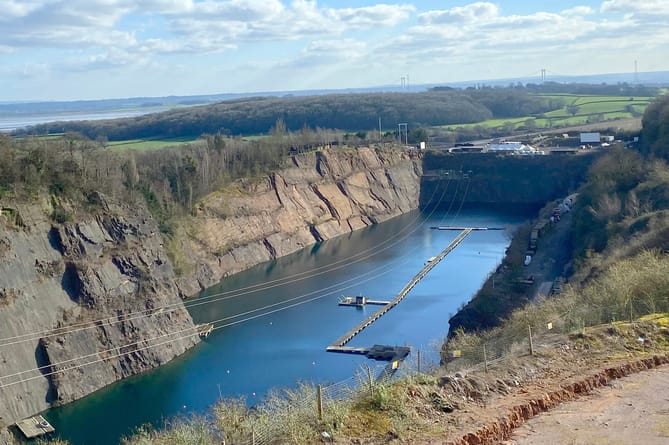 A COMPANY is considering using the flooded quarry at the former National Diving and Activity Centre (NDAC) site in Tidenham as a scientific research facility to see if people can live deep underwater in pods.

Forest of Dean District Councillors were recently given a confidential briefing about the potential future for the former NDAC site, which is understood to have new owners after the centre’s sudden closure last month.

The councillors were told that the company, which has been “very selective” about the information it has provided, is doing research and development for equipment to allow people to live deep underwater.

The company may invest around £150m in the site off of the A48 near Chepstow, and could also employ around 100 people.

Jobs at risk as McColl’s goes into administration

One councillor said: “What they want to do is turn the quarry into this underwater scientific campus which they reckon will employ 100 people and they will put 150 million into it.

“They didn’t tell us their company name. We were just told it was for a deep engineering facility. They are also understood to be talking to Cornwall Council.

“They are doing research and development for equipment for people to be able to live in pods quite deep under the water.

“They’ve already bought the old quarry. Now they are in the process of talking with cabinet members and officers at Forest of Dean District Council. That’s all the information councillors were given.

“Councillors are all for it because it will put the Forest on the map but the company is very selective about the information they are giving out.”

The NDAC, which opened in 2003, had become one of the most popular inland diving sites in the UK in recent years, boasting underwater attractions such as planes and sunken boats at a range of depths to suit all abilities.

The site also hosted a range of outdoor activities and events, and hundreds of divers and past customers expressed their sadness at the centre’s surprise closure last month.

No reason was given for the closure in a message on the centre’s website and social media pages.