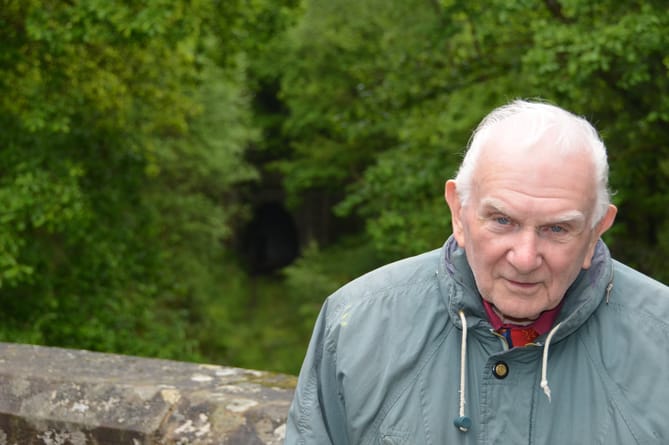 Frank Barnett is campaigning for the Mierystock Tunnel to become part of the cycle network.

THE campaign to make a disused railway tunnel part of the cycle network will be officially launched on Friday (June 24) – the 85th birthday of the man behind it.

Members of the Mierystock Tunnel Society will meets at Ruardean Hill Sports Club at noon on the day Frank Barnett celebrates his 85th birthday.

It will include the history of the Victorian railway tunnel and how Frank and his friends raised £50,000 through ITV’s People Millions in 2006 to clear the cutting on the north side.

There will also be a presentation by members of the society on plans for the future.

Most expensive, busiest and trendiest parts of the Forest of Dean to buy a house revealed

Frank, from Newham Bottom, believes the tunnel project would bring back a slice of important industrial history for the Dean, as well as creating a safe cycle route connecting the Wye to the rest of the Forest.

He said: “The railway line was an important route taking goods from the cable factory at Lydbrook into the Forest and beyond

“It closed under the Beeching Axe in the Sixties.

“The tunnel itself is a vital safe link for the Forest’s family cycle trail, as well as being an educational project for local schoolchildren.

“As a child I have fond memories of picking wild strawberries on the embankment.”

His granddaughter Natasha Marfell is supporting him with his quest.

Consultant engineers Tony Gee recently carried out a structural appraisal, joined by Forestry England’s Deputy Gaveller Dan Howell, and gave it the thumbs up - saying it appeared to be ‘in a satisfactory condition with no major defects that would indicate prohibitive costs to improve the structure’. The tunnel carries the busy main A4136 Forest to Monmouth road, which poses a danger to cyclists trying to cross it at Mierystock.

John Grimshaw, of National Cycle Network custodians Sustrans and the Wye Valley Greenway group, has been approached for his help and advice.